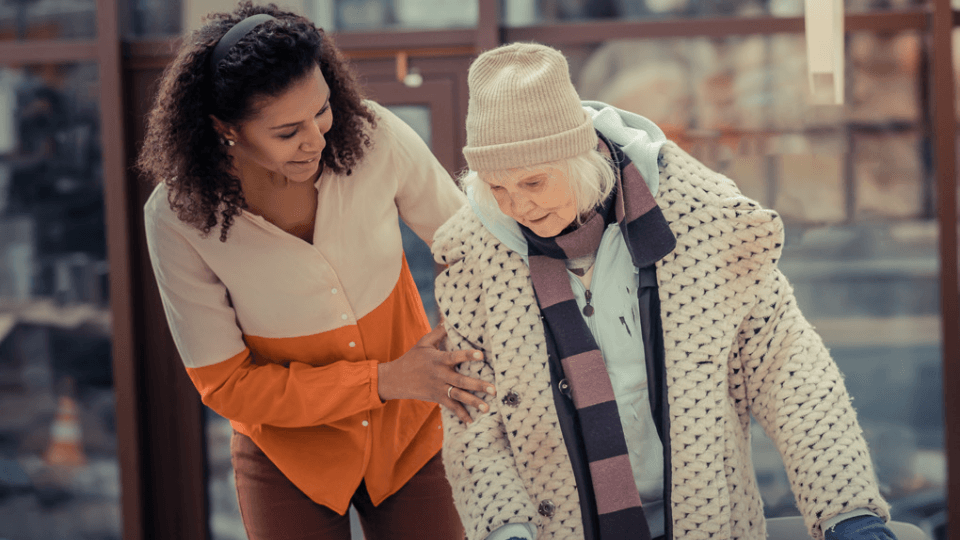 My Chaplaincy internship took place in a local Nursing/Rehabilitation Home. While it wasn’t the first nursing home that I entered in my Rabbinical career, I learned a great deal about people during my internship, among them, that every person needs to feel independent. That drive to be independent in how we care and think for ourselves is vital to our lives. It’s what makes us individuals, it’s what makes us who we are.

I remember entering a resident’s room for the first time. She had suffered a stroke and was confined to a wheelchair. After introducing myself and asking if she would like a visit, to which she acquiesced, I noticed that she was trying to get something from her bed. When I offered to help, she kindly refused, saying that she has to learn how to do things for herself. She took her extended handle grabber and proceeded to procure the object. Granted, if I would have given it to her, it would have been much faster, but the sense of accomplishment she had from doing it herself was worth much more than the few minutes “lost” by doing it by herself. It was then that I began to see the indomitable spirit that resides in all of us.

People’s independence comes in many forms. Some people exhibited their control by saying “I don’t want visitors” or would end the time by saying, “I’m tired right now, but please come back another time,” etc. Some will act to their detriment, doing things that they know they shouldn’t be doing, but don’t want to give up their sense of independence. Even though they may suffer a little bit, they feel that it’s worth it. The only time that this desire for independence becomes a sticky issue is when it potentially endangers others. Those are the times that we need to appeal to the person to recognize their new limits and to make changes to their life, may it be giving up a driver’s license or some other activities that they were so used to doing. If the person resists, they will either continue to act to their detriment or if forced to change, will possibly become depressed.

Independence is a mark of maturity. It is the moment when one realizes that one has the ability to do something alone. At the same time, another equally important yardstick of growth is the recognition of knowing when one needs help and actively seeks it out. One recognizes that seeking another’s assistance is not a sign of weakness, to the contrary, it is the ultimate demonstration of strength. The Talmud Ta’anit states “Either companionship or death,” showing how important it is to work and learn with others. We are not meant to live a solitary life; it is supposed to be one filled with connections to others. One of the pillars of the world (as per Ethics of our Fathers) is gemilut chasadim- acts of loving kindness. Sometimes one is the giver, other times the receiver. Both are necessary and both grow from each other.

One of the guiding principles of JFS is the mitzvah (commandment) of gemilut chasadim. We offer the virtual food pantry, lifestyle coaching, SHIP (Medicare help) referral services, etc. (Please see the side panel for all services offered.) As a chaplain in the nursing home, I grew to recognize the indomitable spirit that residents have and appreciate how strong people can truly be. And the residents hopefully felt I gave them the companionship and friendship that they needed. It was truly a win-win situation. If you would like to participate in this wonderful mitzvah, please contact me.