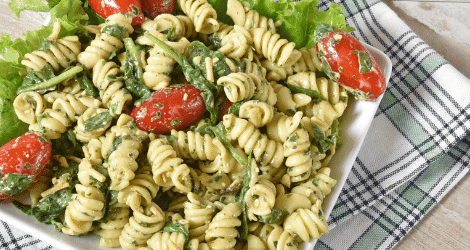 There’s a saying “If at first you don’t succeed, try, try again.” That saying was first said in the mid-1800s. This quote really applies to the recipe that I am sharing with you this month. The first two times I attempted to make the recipe I did not succeed in following the directions. Funny thing is, though, we really liked the recipe despite my errors.

What originally attracted me about the recipe is that the pasta cooks in the sauce. You don’t have to boil the pasta in a separate pot and then drain it. This is an all-in-one sort of recipe.

The first time I made it I forgot to add the shredded mozzarella at the end. And we still loved it.

The second time I attempted to make the recipe, I did not forget the cheese. But, I made a different mistake. I had gone to run an errand that took longer than anticipated. Knowing that I was making pasta for supper, as soon as I got home I put up water to boil. I then proceeded to boil and drain the pasta. Only when I started to make the sauce did I realize my mistake. I had to reduce the amount of milk and water and play around a lot to get the right texture of everything. Lesson learned.

They say the third time’s a charm. They’ve actually been saying that since the early 1800s. The third time I prepared the recipe I was successful. I didn’t forget anything accidentally. I did choose to make some changes based on what I had on hand and personal preference. All those changes are in the notes that follow the recipe.

From the recipe files of Dena Gewirtz

If desired, serve with blistered tomatoes on top. To blister tomatoes, toss one cup of cherry or grape tomatoes with one tablespoon of oil. Broil for five to eight minutes until they start to blacken.