Reflections on the PBS Documentary, "The U.S. and the Holocaust" 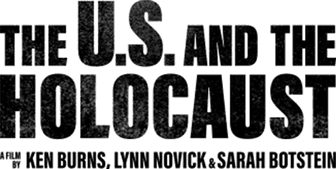 Ken Burns documents the worldwide presence of racism, antisemitism, anti-immigrant sentiment and nativism in the decades before Hitler took over Germany, which contributed significantly to the ability of the Nazis to murder six million Jews during the Holocaust. These sentiments were most starkly evidenced at the Evian Conference in 1938, when diplomats from 32 countries met; they decried the persecution of the Jews in Germany, but then refused to open their borders to the hundreds of thousands of Jews trapped in Germany and Austria.

The role played by American inactivity is clearly portrayed. America’s inhospitality to immigrants can be traced at least back to the Know-Nothing Party’s opposition to Irish and Catholic immigration in the 1840s. This sentiment continued with the Chinese Exclusion Acts in the 1880s, and the imposition of quotas for immigrants – which severely limited immigration from southern and eastern Europe – in the 1920s. By 1933, when the United States was in the midst of the Great Depression and Hitler was increasingly making life intolerable for German Jews, the ability of Jews to come to the US was severely curtailed.

The documentary identifies so many other obstacles to protection of European Jews, including the America First movement led by Charles Lindberg; the turning away of the ship St. Louis from Miami harbor; and the presence of virulent antisemites and opponents of immigration in the State Department. At the end, one reflects on how little was done by too many individuals and countries, and what might instead have been done to rescue at least some of the millions of murdered Jews.

I thought when I began to watch the Ken Burns Documentary that I already knew what I would be seeing. After all, for many years I spoke to local high school classes about the Holocaust and felt that I researched the subject well. I was wrong. It was a very painful experience for me because in a sense I was reliving my parent’s pain. It was painful not only as a Jew but as an American. I knew what happened to the Jews of Europe under the Nazi regime but never realized the extent of American indifference in not saving the Jews.

I am the child of immigrants. My mother survived a pogrom in Russia, now Belarus. As a result she lived with fears her entire life. She always wanted to be sure that we were safe. As she aged, she had flashbacks of the trauma. I remember saying to her when she had these flashbacks, “Ma, this is the United States, it can’t happen here.” She would look at me, hold up her hand, and say “ Wait.”

My father came from Poland. He was a victim of the 1924 Johnson-Reed Immigration Act which was a legislative expression of the then prevalent xenophobia. As a result he could not immigrate to the United States. He went to Cuba, worked to save money, bribed a freighter ship’s captain, jumped ship in Philadelphia and swam ashore. He made his way to South Bend where his brother lived. He changed his last name hoping that the immigration authorities wouldn’t find him.

My aunts, their husbands and my cousins didn’t leave. They had established their lives and didn’t realize what lay ahead. By the time they did it was too late and they couldn’t. They were in the Zambrow Ghetto and transported to Birkenau. Dad’s youngest brother fled east to Russia and disappeared.

This documentary brought back memories of Dad’s pain. On Yom Kippur he would light Yartzeit candles for each one of his family. As young kids we were fascinated by them not fully realizing their meaning. Ma would say, “Be good today and don’t bother Daddy because he lost his family.” I remember thinking: how could he lose his family; we are all here.

Another memory was the Alien registration form. I remember seeing that form on the table in our kitchen and asking what it was. After a brief explanation he quickly put it away. I asked, “Why are you called an alien, aliens are from outer space.” I was probably 11 or 12 at the time. I now know the word alien has many different meanings: foreigner, stranger, other, not like us, illegal, does not belong here.

In today’s America we are seeing the same hate and intolerance that was prevalent in the 1930s and it is frightening. My one consolation is that my parents are not alive to see once again the resurgence of the nightmares of their past.

From Terry Tulchinsky
The US and the Holocaust: “From Man was Made to Mourn”

Many and sharp the numerous ills
Inwoven with our frame
More pointed still we make ourselves
Regret, remorse, and shame
And Man, his heaven erected face
The smiles of love adorn
Man’s inhumanity to man
Makes countless thousands mourn.
— Robert Burns

The 20th Century was humanity’s bloodiest example of our inhumanity. We ponder how could such inhumanity take place? We pray that it never happens again.

In Ken Burns’ film, “The US and the Holocaust,” the film reveals the history leading to the fascist takeover of Germany. How science (eugenics) and ancient hatreds (Anti-Semitism) led to such monstrous inhumanity.

America’s attitudes helped set the foundation for racial and religious intolerance. American values tend to reinforce the notion that we are ‘exceptional’ in our vision of “Life, Liberty, and the Pursuit of Happiness.” The documentary vividly depicts the contradiction between that romantic notion of American infallibility and our nativist yearning to exclude.

Antisemitism was a real attitude in America. The idea of protecting Americans from the Jewish hordes has been a strong political force. It shaped America’s nativist policies on immigration and immigrants. That inclination has existed with every group that has sought refuge on American soil. It was easy to reject Jews because that’s what we do with perceived threats to “the American way.”

The world was at war in 1914-18. And the peace that followed was tenuous. Economic failure was worldwide and political solutions leaned toward fascism. Man’s inhumanity engenders political unrest. Economic chaos, social fragmentation and political turmoil led the world to military conquest as solutions to the disorder.

By 1933, Hitler, Mussolini, Tojo, and Franco all had the formula for fascist control. Inhumanity loves war and war loves inhumanity. Our American tradition had been wary of foreign involvement. Pearl Harbor ended our isolationist moorings. Neutrality no longer was possible. Our way of life was threatened. Fascism was at our doorsteps. To survive, Americans were forced to abandon our nativism or we would succumb. We rallied, we endured. Victory was secured thanks to the economic might of our resources; but at a human cost. Japanese Americans were rounded up. Black Americans fought and lived in a segregated land. We dropped the atomic bomb. And the world was left to witness the mass slaughter of 6 million Jews.

The film “The US and the Holocaust”, depicts how American government and society were slow to thwart the German policies of genocide. Undoubtedly most of the madness was unleashed by the policies of an unhinged Nazi dictatorship. But in the final analysis Burns, not Ken but Robert, may have had the best analysis of all.

The Holocaust incubated in the environment of a sophisticated society that passively watched racist and nationalist ideological irrationality evolve from the fringe to the mainstream.

Was eugenics not rational?

Might some see Ken Burns’ The U.S. and the Holocaust as an example of “blame America” and object to this movie being used in schools?
Not every perpetrator is driven by demonic hatred. For some, it is the path of least resistance.

Resistance is choosing hope. Frankl: Everything can be taken from a person but the choosing.

The choosing to neither see nor hear is cynicism.

Is the Holocaust the most significant event in human history?

What are the drawbacks of objectifying “the Holocaust” as one event?

My knowledge of the Holocaust is extensive.

How many know that prior to the war Josef Mengele studied twins for a “respectable” German hereditary science institute funded partially by the American Rockefeller Foundation?

I need to say more to my class about the specifics of American immigration policy.

My ignorance of the Holocaust is boundless.

For the Holocaust to be meaningful beyond the transitory anger and sorrow of our personal loss we simply must do everything we can so that “Never Again” means something.

Lipstadt: “Before it happens.”

The PBS Documentary, “The U.S. and the Holocaust” was a major achievement on many levels. As a student of history, I see one of its many accomplishments as providing a historical perspective on the situation of the Jewish people before, during, and after World War II.

The tragic results of the closed door policy of America – and the world – to Jewish immigration in the 1930s were encapsulated by the words of Chaim Weizmann, the leader of the Zionist movement. In the series, Ken Burns quoted Weizmann who said: “The world seems to be divided into two parts—those places where the Jews could not live and those places where they could not enter.”

The words of Weizmann also brought to mind another story shared by Shoshana in her Rosh Hashanah sermon at Temple Israel in Valparaiso.

President Joe Biden likes to tell the story of his trip to Israel in 1973 as a young Senator. It was just after the 1973 Yom Kippur War, a war for the survival of Israel that Israel had barely survived. Biden went to tour Israel and met with Israeli Prime Minister Golda Meir. He describes his meeting with Golda Meir as follows:

Golda showed him various maps and explained to him why Israel’s military situation was not good. Biden said the meeting was very depressing. Then Golda said to him, ‘Senator, you look so worried. She said, “Don’t worry, we have a secret weapon in our conflict with the Arabs”. Golda paused for a moment and said: “You see, we have no place else to go.”