Tragically, too many Jews today are avoiding the “Z-word,” as extremists Left and Right demonize Zionism obsessively. But Zionists must not allow their enemies to define them. We are not just anti-anti-Semites or anti-anti-Zionists. Jews should reaffirm their faith in Zionism; the world should appreciate this gutsy, visionary movement which rescued a shattered people by reuniting a scattered people.

No nationalism is pure, no movement is perfect, no state ideal.

But today Zionism remains legitimate, inspiring, and relevant. Zionism offers an identity anchor in a world of dizzying choices — and a road map toward national renewal and personal meaning. 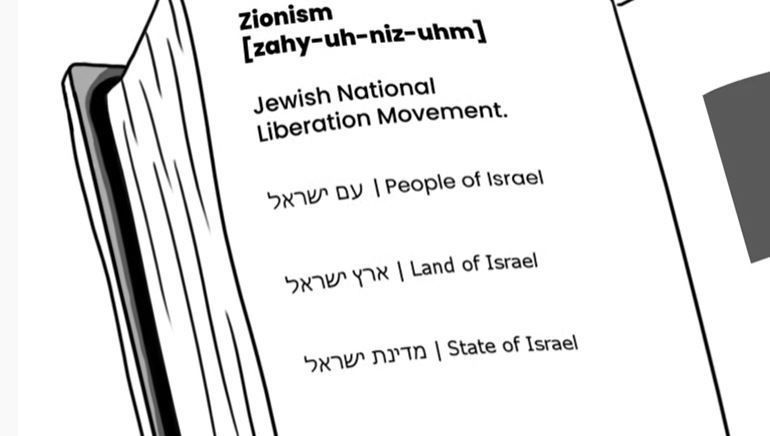 I am a Zionist because I am a Jew. Without recognizing Judaism’s national component, I cannot explain its unique character. Judaism is a world religion bound to one homeland, shaping a people whose holidays ritualize theological concepts, relive historic events and revolve around Israel’s agricultural calendar. Only in Israel can a Jew fully live in Jewish space and by Jewish time.

I am a Zionist because I share the past, present, and future of my people, the Jewish people.

I am a Zionist because I know my history. For 1900 years, enduring repeated persecutions, the wandering Jews never forgot their homeland. Wherever we prayed, we turned toward Jerusalem, Zion, our forever-home.

I am a Zionist because Europe’s promise in the 1800s became a double-edged sword, only offering Jews acceptance if they assimilated, yet never fully respecting those who did assimilate.

I am a Zionist because in establishing the sovereign state of Israel in 1948, the Jews modernized a relationship with the land that anchored them since Biblical times. Just as Japan or India established modern states from ancient civilizations, Israel updated our ancient language Hebrew, created cutting-edge cities like Tel Aviv and retrofitted the Jews’ 3,000-year-old capital, Jerusalem.

I am a Zionist because this Jewish Altneuland – Old-New State — returned Jews to history as activists not victims – with all the responsibilities and dilemmas power provides.

I am a Zionist because Israel worked. It welcomed Jews home after millennia of bruising homelessness: Holocaust survivors and refugees from Arab Lands; Ethiopians and Russians; Jews who fled in fear and those who came by choice.

I am a Zionist because I wake up every day looking forward to working together to work through our long, society-improving, to-do list, starting with Israel’s unfulfilled promises of full equality to Arabs, Ethiopians, Mizrachim, the poor. But I also go to sleep every night looking backward, appreciating our progress; how much better off we are in 2021 than we were in 2001 or 1981, let alone 1967 or 1948.

I am a Zionist because I celebrate Israel’s existence. Even when I criticize particular government policies, I do not delegitimize the state itself.

I am a Zionist because I live in the real world of nation-states. Zionism is no more or less tribal than any other Western nationalism, be it American, British, Canadian, or Dutch.

I am a Zionist because a country without a vision is like a person without a soul. Fusing liberalism with nationalism produced free, prosperous, always-improving democracies, including Israel, despite terrifying attacks often testing its egalitarian values and freedoms.

I am a Zionist because I am an idealist. Just as a century ago, imagining an independent, sovereign Jewish state was an impossible dream – yet worth fighting for – so, too, today, imagining a thriving, independent, sovereign Jewish state living in peace with all its neighbors appears to be an impossible dream – yet worth seeking.

I am a Zionist because I am a romantic. The Jews rebuilding their homeland, reclaiming the desert, renewing themselves, was our grandparents’ great epic; the story of the Jews maintaining their homeland, reconciling with the Arab world, renewing themselves, and serving as a light to others, a model nation-state, could be ours’. Yes, it sometimes sounds far-fetched. But, as Theodor Herzl, the father of modern Zionism, said in an idle boast that has become a cliche: “If you will it, it is no dream.”